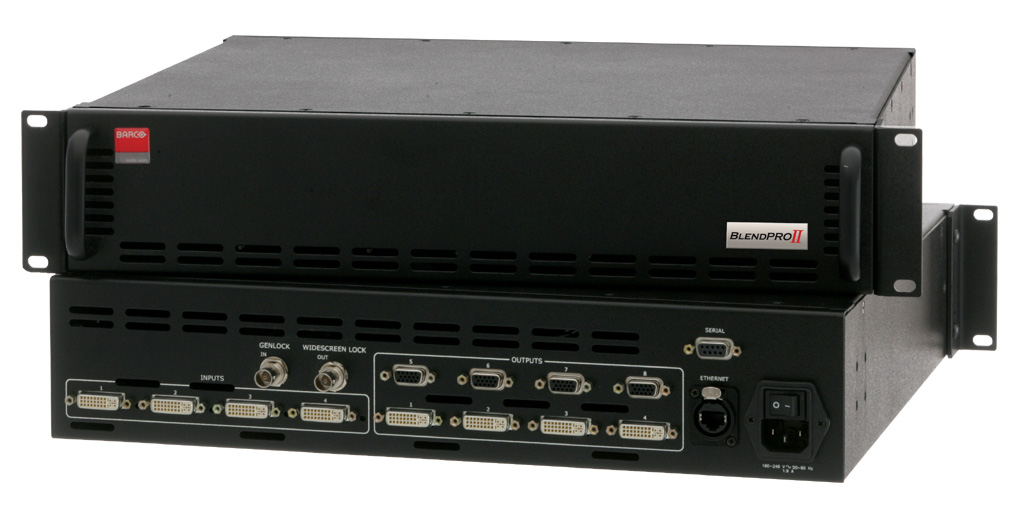 Processing includes data doubling to generate overlapped projected regions as well as edge-feathering of the overlapped images. The amount of data overlap and the edge-feather transfer function are user programmable.

The complete widescreen system consists of the BlendPRO-II, up to four ScreenPRO-II seamless switchers, and the ScreenPRO-II controller. The ScreenPRO-II accepts up to eight (8) universal analog inputs and two DVI signals that can be utilized as unscaled background sources or DSK (Down-Stream-Key). ScreenPRO-II HD also accepts HDSDI signals for scaling. A MatrixPRO router connected in front of the ScreenPRO-II increases the input source capability of the system to 16.