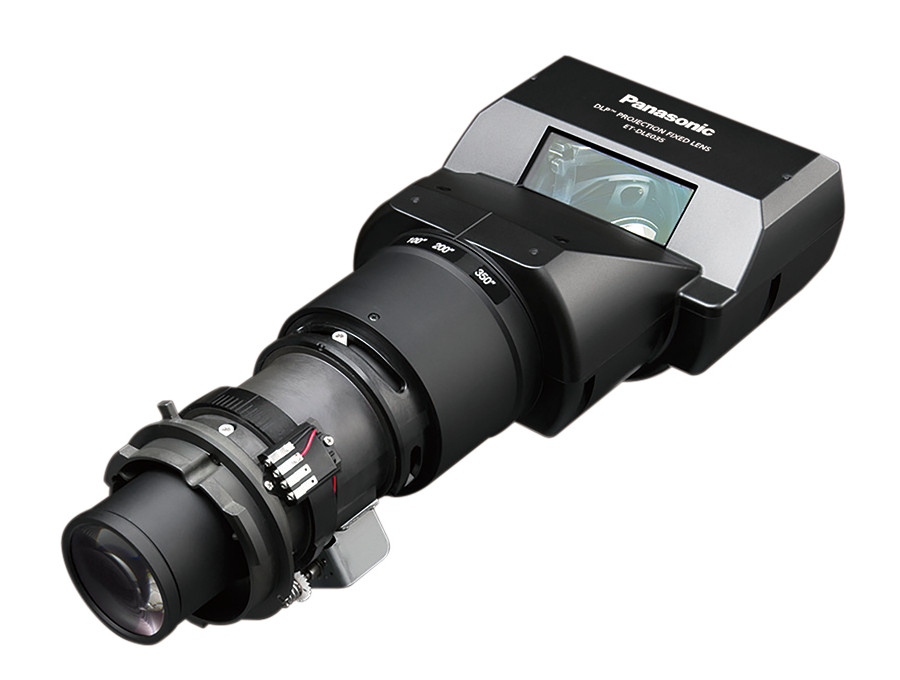 This huge saving in space lets you project images in spots where you previously could not, such as places where the ceiling is too high, or where there is not enough front or rear space for projecting. This greatly expand applications for digital signage in show windows, stores, train stations, and other locations.

The ET-DLE035 ultra-short-throw lens makes it possible to install projectors in spaces that were never before possible. Thus applications greatly expand for digital signage in show windows, stores, train stations, and other locations.

Large images can be projected onto a screen at the back of a shallow show window without blocking the view of the products on display.

Projection onto a large screen becomes possible even in places where there wasn't previously enough space for front projection. 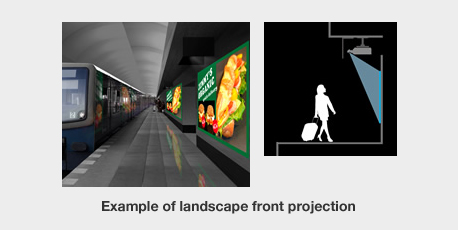 Dead space, such as pillars, can be used to save space compared to conventional installations. 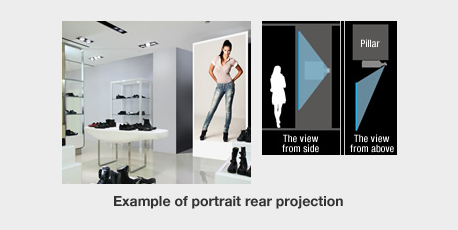 Large-screen projection becomes possible in places where the ceiling was previously too high, or the stage was too shallow. 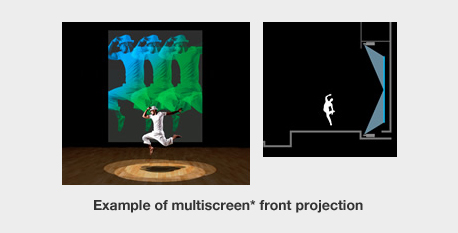 * Possible only with models equipped with the Edge Blending function.

Advanced image content can also be displayed in facilities where there previously wasn't enough space to install a projector, greatly increasing the power of the attraction.

Also, combined with projection from under the floor onto the floor surface, or projection onto the ceiling virtually wraps visitors in the image. 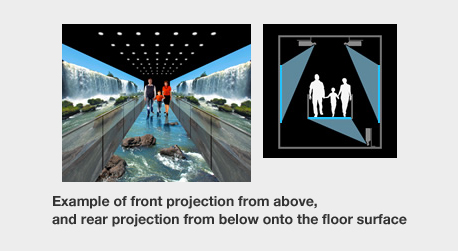 NOTE: Due to lens characteristics, some screen types may be subject to focusing problems or strong hot spots where large differences in brightness occur between the hot spots and surrounding areas. If this should occur, please ask a qualified technician or your dealer for solutions.

2ET-DLE080 is discontinued. Compatible with 1-Chip DLP projectors up to 8,500 lumens.

To check whether this item is compatible with your equipment, use the form below.